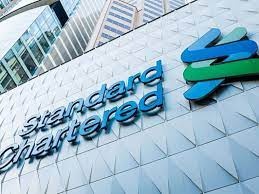 The FTSE-100 bank Standard Chartered has started looking for a replacement for its longtime finance chief.

Prior to Mr. Halford’s retirement later in 2023, according to city sources, an appointment will likely be made in the upcoming months.

According to information obtained by Sky News, the emerging markets lender is collaborating with the search firm Russell Reynolds Associates to find a replacement for Andy Halford.

Mr. Halford, a former executive of Vodafone, has worked for Standard Chartered for almost ten years and is also a senior independent director at Marks & Spencer.

One insider claims that this is the case since the bank’s board would not want its two executive directors to depart consecutively.

Bill Winters, Standard Chartered’s chief executive since 2015, will virtually surely stay in his position for at least another two years as a result of news of the search process.

The Financial Times claimed in March that the bank had begun preparing for Mr. Halford’s “eventual exit,” which prompted the bank to clarify that no such procedure had been launched.

Standard Chartered, which has its headquarters in London, generates the majority of its revenue in Asia and also has a sizable presence in some regions of Africa.

Like most banks, it has profited from rising interest rates, and over the past year, its shares have increased by about a third. A Standard Chartered spokesman declined to comment on Thursday. Standard Chartered has a market value of almost £17 billion.