- Advertisment -
HomeNewsBusinessSebi chief is questioned by a tribunal on the NSE issue and...
NewsBusinessFinance

Sebi chief is questioned by a tribunal on the NSE issue and Ruchi Soya, which is owned by Patanjali 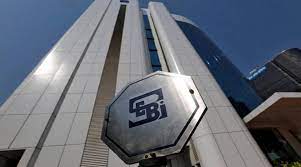 Sebi chairman Madhabi Puri Buch appeared before a parliamentary panel on Tuesday and was questioned about the NSE controversy, the Sahara scandal and a stake offer by Ruchi Soya, a Patanjali group led by Paytm and Baba Ramdev. The meeting of the Permanent Parliamentary Finance Committee, chaired by former State Minister Jayan Sinha, lasted more than two and a half hours, during which questions were also asked about cryptocurrencies, panel sources said.

In December 2015, the Securities and Exchange Board of India (Sebi) ordered the seizure of all assets of PACL and its nine promoters and directors for failing to refund investors. Members asked a series of questions about Sebi’s investigation into the NSE fiasco being investigated against multiple senior exchange officials, including former chief executives Chitra Ramkrishna and Ravi Narain, sources said. said.
Several members also asked questions about funds related to Ruchi Soya’s follow-on public offer (FPO), Paytm IPO, and Sahara lawsuits pending with capital market regulators.

The committee convened Buch to consider regulatory issues related to his IPO, the International Financial Services Center and alternative investment funds, according to a statement from the Lok Sabha Secretariat. Earlier in the day, the newly appointed Sebi boss was also questioned by a parliamentary petitions committee on the progress made so far in returning funds to the investors of Pulse Agro Corporation Limited (PACL).

Sebi said on March 28 that he asked the bankers of Patanjali group Ruchi Soya, led by Baba Ramdev, to give FPO investors the option to withdraw their bids. In the case of Paytm, its share price plummeted after its large initial public offering (IPO). This was the second meeting between Sebi officials and parliamentary bodies since March 30.