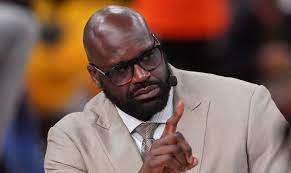 Investors sued a number of well-known athletes who served as FTX spokesmen when the cryptocurrency exchange failed.

A number of people are listed in the lawsuit as “parties that either controlled, promoted, helped in and actively participated in FTX Trading and FTX US” transactions, including Shaquille O’Neal, Tom Brady, Stephen Curry, David Ortiz, Shohei Ohtani, and Trevor Lawrence.

NBA legend Shaquille O’Neal was one of them. The Hall of Fame basketball player was featured in a number of FTX commercials.

Cryptography, according to O’Neal, is “too good to be true.”

He told CNBC Make It, “A lot of people think I’m connected, but I was only a paid spokesman for an ad. I won’t likely engage in it until I fully comprehend what it is because I don’t understand it.

Aiming to hold the athletes “responsible for the many billions of dollars in damages they caused Plaintiff and the Classes and to require Defendants to make them whole,” the lawsuit demands that the defendants compensate the sportsmen.

According to the lawsuit, “The Deceptive and Failed FTX Platform was founded upon False Representations and Deceptive Conduct.” “Despite the fact that a large number of incriminating FTX emails and texts had already been deleted, we were still able to locate them. These emails and texts show how FTX’s fraudulent scheme was created to prey on unsophisticated investors from all over the country who use mobile apps to make their investments. As a result, damages of approximately $11 billion were incurred by American consumers.”