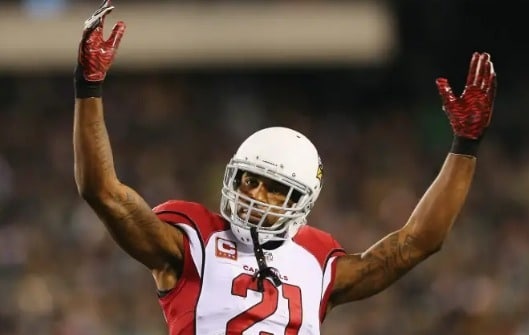 Patrick Peterson has revealed recent comments criticizing former teammate Kyler Murray. On CBS Sports’ All Things Covered podcast, Peterson, who played with Murray in Arizona, recently told co-host Bryant McFadden that the Cardinals quarterback only cares about himself. Murray then replied via his media on Social.

On Thursday, Peterson said his comments were based on observing Murray’s body language during a Cardinals game.Peterson said he didn’t want to disrespect Murray “in any way.” said. He added that he reached out to Murray via text message, but he didn’t respond. “I think he has a lot of talent, so I’m looking forward to talking to him,” Peterson said. “And [Murray’s] mannerisms these days are amazing. man says things he’s afraid to say to him…it’s no secret, everyone sees it. They see it every time it’s on TV. You can see Kyler Murray pouting. Curse the head coach and shout offensive plans. I didn’t say so.

Peterson alluded to Murray’s actions during and after Arizona’s recent loss to the Chargers. After the loss, Murray was asked about his crucial fourth interception on a throw to DeAndre Hopkins. It wasn’t for. Roughly speaking, we were kind of eaten.”

These comments were returned to Murray, who responded to Peterson on social media. Murray not only denied his perception that he was being selfish, but said that if Peterson really had a problem, he should have called him in person rather than talking about him on the podcast.

Peterson spent the first decade of his NFL career with the Cardinals and spent his final two years in the desert teaming with Murray. Murray was drafted No. 1 in Arizona in 2019, and Peterson left the franchise after the 2020 season to sign with the Minnesota Vikings. During his two seasons with the Cardinals, the club failed to top. 500, going 13-18-1 in total in the regular season. It will be interesting to see if Murray reacts publicly to Peterson’s recent comments. He seems to want me to pay no more attention to him.