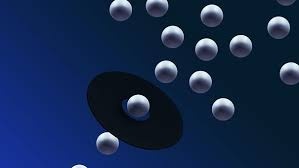 According to documents submitted to bondholders last week, spending at Dartmouth Health, the largest private employer in New Hampshire, are outpacing revenues mostly due to labour costs.

The first quarter of this year, which concluded on September 30 and had a $41.4 million loss, or over 6%, on an almost $770 million operating budget, only made things worse. Federal stimulus money totaling $1.8 million are included in that loss. In a Monday email, Audra Burns, a DH spokeswoman, stated that the health system doesn’t expect any more.

On a $2.9 billion operating budget, Dartmouth Health, based in Lebanon, lost $22.1 million in the fiscal year that concluded on June 30. This represents a loss of less than 1%. If not for the $98.8 million in government stimulus funding that DH got, the loss would have been greater.

Dan Jantzen, DH’s CEO, stated in a filing with bondholders of the Dartmouth-Hitchcock Health obligated group on November 23 that “while the pandemic feels ‘over’ for many people on an individual basis, healthcare organisations, including D-HH, continue to grapple with several impactful issues that were born out of the pandemic.”

According to Jantzen, “the rising personnel expenditures for both travelling and permanent internal nurses continue to have a significant influence on D-financial HH’s performance. The pressure on wages across the business has increased as a result of the labour market being tight.

The biggest difficulties are those related to staffing. According to Jantzen, there is a lack of nurses in the country, which has caused wages for both permanent staff and travelling nurses to increase.

Financial difficulties are not unique to DH. According to VTDigger, the University of Vermont Health Network finished its fiscal year on September 30 with a $90 million, or 3.3%, loss. According to a previous story by VTDigger, staffing expenditures were also a major factor in that loss.

Wages for travellers continue to be “substantially above pre-COVID rates” while being lower than the rates hospitals were paying during the COVID-19 increase last winter, according to a statement from DH that Burns shared in part with the Valley News on Tuesday.

Even though the COVID-19 pandemic today causes fewer fatalities and less severe sickness, staffing is still affected when employees fall sick. The Tuesday communication to staff stated that “when patient-facing personnel are off due to COVID-19, we have to ask other employees to work more hours and also rely more heavily on tourists.” This increases the burden on our overall capacity and resource availability.

It is challenging for DH member hospitals to discharge patients to nursing homes and other step-down institutions because other healthcare facilities are also understaffed. The disruption is also a significant contributing factor to D-current HH’s financial results, according to Jantzen. “The ability to move patients ready for discharge from D-HH hospitals to the appropriate post-acute care facility in an efficient and timely manner has not returned to pre-pandemic norms,” he wrote.

According to Burns, the DH spokeswoman, DH is concentrating on “increasing our ability to release patients from our hospitals to an appropriate post-acute care institution” in order to address the budgetary deficiencies. She did not elaborate on how DH intended to accomplish that given the comparable staffing issues faced by nursing homes and other facilities.

Additionally, COVID-19 and inflation are having an impact on supply chains, leading to a shortage of some products and raising the price of pharmaceuticals and other medical supplies. Jantzen noted that after the end of the first quarter of this year the hospital started to see an influx of patients with respiratory syncytial virus, or RSV. “While we have faced and overcome financial challenges in the past and have confidence in our ability to do so again, we must acknowledge the unprecedented, national scale and macroeconomic nature of this situation, and the unrelenting pace of new problems we face,” Jantzen wrote.