Supervisors permit the use of the PG&E settlement funds 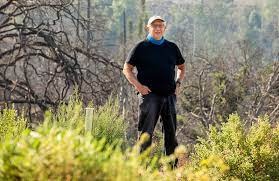 The Camp Fire rehabilitation and fire mitigation grant agenda item received little under $5.57 million in commitments from the Butte County Board of Supervisors on Tuesday.

The North Valley Community Foundation first financed the housing manager position, which will now be extended thanks to the first half of the approved item’s commitment of $155,000. The person in this role looks for and acquires money for restoration initiatives.

The entire amount offered will come from the PG&E settlement fund held by the county, which was established when the county sued the electric company for compensation for Camp Fire-related damages. As of September 30, 2022, there was little over $120.8 million left over from the settlement.

According to the agreement between the county and NVCF, funding from the settlement will match that from the foundation.

The current occupant of the office has submitted 38 grant proposals totaling $168.65 million, according to the relevant staff report. A total of $76.9 million of that requested sum has been raised.

The staff report also mentions that money for the grant writing post, which is budgeted through 2023, has not yet been secured.

According to the study, “the necessity for the post continues as many grant money for disaster recovery have not yet been made available.”

The board approved $1,413.507 in settlement monies for the second portion of the item, which will be used to match a grant for fire fuel removal and expanding the amount of space that can be used to defend residences that are 500 feet or less from a primary evacuation route.

The grant was given to the Butte County Fire Safe Council by the Federal Emergency Management Agency. According to the grant report, “participants whose homes are within 500 feet of a primary evacuation route within the wildland-urban interface area will be eligible for the project.” This guarantees that the grant-funded improvements will serve the dual goals of giving homeowners a space they can defend and enhancing the safety of evacuation routes during wildfire occurrences.

In the end, the $20,549,060 total project cost will be leveraged by the money that has been granted. The project is anticipated to include the construction of defendable space for 1,100 dwellings, the removal of hazardous trees from 1,200 locations, and inspections of 800 residences.

Residents who have the financial ability to do so will be required to contribute to a percentage of the cost as part of the programme. The board agreed to Supervisor Tami Ritter’s request to amend the wording from “mandated” to “requested” or “encouraged.”

While Ritter agreed that the funds should be used, she added that much more would be required to fund the required fire prevention measures. According to Ritter, “We could authorise ten times as much money as we did on Tuesday and it still wouldn’t be enough to do the kind of fuel reductions we need to do to maintain a fire-safe neighbourhood and guarantee safe evacuation routes.

On the second and fourth Tuesdays of each month at 9 a.m., the Butte County Board of Supervisors convenes in Oroville at 25 County Center Drive, Suite 205. Public attendance is free and accessible to all meetings.