The OnePlus 8T 5G will come in two color variants – Lunar Silver, Aquamarine Green, and two memory configurations – 8GB + 128GB priced at EUR 599 and 12GB + 256GB priced at EUR 699. In Europe, pre-orders of the device will begin today while open sales will begin on October 20.

In the US, it will be available in a single 12GB + 256GB memory configuration for $ 749 with pre-orders starting today and sales open on October 23.

The OnePlus Nord Gray Ash comes in a single 12GB + 256GB memory configuration and is priced at 499 EUR and Rs 29,999 in India. The new color variant will be available in Europe from October 15 and from October 16 in India.

The OnePlus Buds Z is priced at $ 49.99 and will be available in white and gray color options.

When it comes to performance, the OnePlus 8T comes equipped with a Qualcomm Snapdragon 865 octa-core chipset paired with up to 12GB of LPDDR4X RAM and up to 256GB of UFS 3.1 storage. The phone is powered by a 4,500mAh battery that supports Warp Charge 65, delivering a day’s power in just 15 minutes and only taking 39 minutes to fully charge the phone. 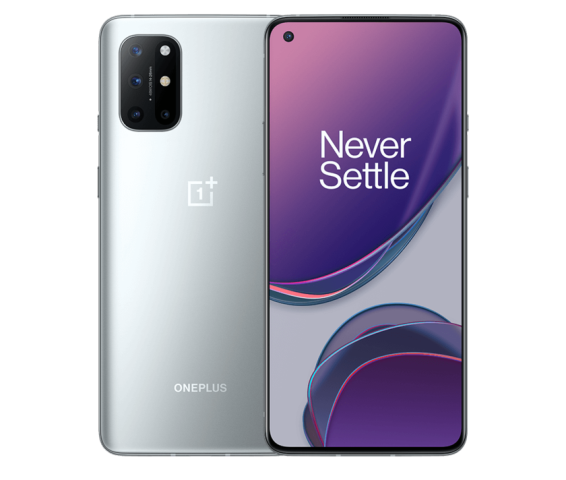 The OnePlus 8T 5G has a quad-camera system that includes a 48-megapixel primary shooter powered by a Sony IMX586 sensor with OIS and EIS, a 16-megapixel ultra-wide lens with a 123-degree field of view, a 5 megapixel macro lens and a 2 megapixel monochrome lens. The rear camera supports 4K video shooting at 30/60 fps, Video Nightscape, Video Portrait, Video Tracking and Super Stabilization. For selfies, there is a Sony IMX471 16MP sensor.

The phone runs on Android 11 based OxygenOS 11 which brings a ton of new features like live wallpaper, customizable always-on display (Insight, Canvas, Bitmoji), digital wellness, easier to use one-handed operation and Zen 2.0 mode.