- Advertisment -
HomeNewsBusinessTesla produced more than ever, but deliveries fell short of expectations
NewsBusiness

Tesla produced more than ever, but deliveries fell short of expectations 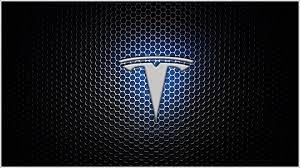 In the same period last year, the business delivered 308,600 vehicles.

According to Refinitiv data, the world’s most valued carmaker delivered 405,278 vehicles in the final three months of the year, compared to Wall Street projections of 431,117 vehicles.

In the third quarter, the business delivered around 22,000 units fewer than it produced.

Delivering fewer cars than it produces has been unusual for the carmaker, which has typically supplied more or equal numbers to the vehicles produced in previous quarters.

Analysts have noted demand difficulties in China’s largest auto market, as well as intense competition from legacy automakers such as Ford Motor Co, General Motors Co, and startups such as Rivian Automotive and Lucid Group, as other challenges for Tesla. According to a Reuters report based on an internal calendar, Tesla expects to run a limited production schedule in January at its Shanghai plant, extending the reduced output that began this month into next year.

Tesla’s stock plunged 65% in 2022, its worst year since going public in 2010. It did not trade on Monday due to a New Year’s holiday. Analysts and retail stockholders were concerned that demand concerns caused by an unpredictable economy would derail the company’s goal of increasing deliveries by 50% each year. “This was a disappointing delivery number, and the bulls will be upset,” Wedbush Securities analyst Daniel Ives said.

In a second statement, Tesla said it will hold its Investor Day on March 1 and will livestream the event from its Giga factory in Texas, where it will detail long-term expansion and capital allocation plans. On Investor Day, the manufacturer also hinted at a “generation 3” platform to show its investors. Musk stated in October that Tesla was developing a “next-generation vehicle” that will be less expensive and smaller than the Model 3 and Model Y vehicles.