- Advertisment -
HomeNewsBusinessThe Carthage school district recovers some, but not all, of the money...
NewsBusinessMoney

The Carthage school district recovers some, but not all, of the money stolen in the scam 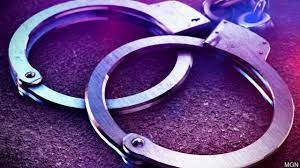 The Carthage Central School District will not be able to recover all of the money that a scammer stole.

When this occurred, the district announced that it would make a claim with its insurance carrier in the hopes of retrieving the monies.

After paying a payment using a wire transfer, the school system fell victim to a fraud in March and lost $759,000.

Superintendent Jennifer Premo told 7 News on Tuesday that the cash will not be recovered in full.

According to sources, the Massena Central School District was possibly targeted in the same scam back in March but did not lose any money.

“While we were only able to recover a portion of the funds, the district is extremely fortunate to be able to move on from this incident with no long-term financial consequences,” she said.

The FBI and state police will not corroborate this, although both organisations have stated that they are still investigating the Carthage hoax.

They stated that they do have leads and that they aim to disclose additional information soon.

MegaSwap, “Stripe for Crypto” offering, unveiled by Coinbase-Backed DeSo with over $5 million in volume