- Advertisment -
HomeNewsBusinessThe cost of food has “gone out of control”
NewsBusinessFinanceMoney

The cost of food has “gone out of control” 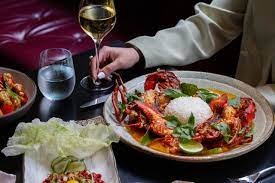 According to Wolfgang Puck, inflation is having an impact on the fine dining sector.

“The average cost of food in our restaurants is up 15% right now, which is a lot,” the speaker said, noting that other expenses, such as the cost of food preparation equipment, are also rising.

The famed chef and restaurateur said bluntly in a recent interview with Yahoo Finance that “part of this business has gotten out of control.”

But for restaurateurs, the price of the cuisine is just the beginning. According to Wolfgang Puck, it now costs more to maintain the several eateries, pubs, and lounges that fall under the Wolfgang Puck Fine Dining Group brand.

Americans are generally suffering financially. According to the Bureau of Labor Statistics’ (BLS) September Consumer Price Index (CPI), the cost of food is up 11.2% overall compared to last year, while the cost of groceries, which are used to prepare food at home, is up 13.0% and the cost of food consumed away from home is up 8.5%.

To have someone out to fix your stove or refrigerator costs a fortune, therefore everything has gotten up, Puck said. “Forget about if there’s something to repair at a restaurant.

Then, with employees having the advantage, add the cost of staff members’ salaries to the eateries’ bottom line.

In certain ways, the market is a buyer’s market, according to Puck. Confident in the talent in his restaurants, he continues, “but we have to negotiate all these obstacles and get through them. The employee stated, ‘I want that much money, and I will work that many hours and that many days,’ so it has gotten more difficult for us. Although employment in food services and bars increased by 60,000 in September, the overall number of jobs in the leisure and hospitality industry were still 1.1 million, or 6.7 percent, below pre-pandemic levels.

With restaurants in New York City, London, Singapore, and Budapest among many others, he claims that the issue is not specific to any one city or nation. Puck remarked, “It’s incredibly challenging, but it’s a global phenomena. “Budapest, for instance, offers Spago. Recruitment is as challenging in Budapest as it is in New York or Los Angeles, and I believe, thank God, we have a solid reputation and decent pay, so we can still get people, but it has become more expensive.”

Puck claims that at one restaurant, a sommelier who used to earn a salary of $100,000 plus commission approached him with a rival offer of $130,000 a year and asked if it could be matched. In response, Wolfgang Puck said, “You know what? I’ll match that since I like you and think you treat your clients well. Puck said, “but also, for me to teach somebody fresh would cost me more than $30,000,” weighing his alternatives at the time.

The chef asserts that “the luxury market is still there” despite last month’s 8.2% increase in inflation. He said, “People still have money to spend. “Perhaps they go out less, but not significantly less. We have restaurants in Las Vegas that are growing, better than ever, and I’m sure the hotels and gambling are doing better than ever because we get the tourists who, jokingly said, “had to eat if they lose enough money,”