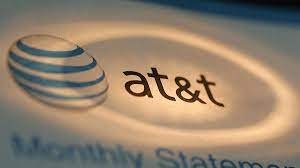 Are you or have you ever been an AT&T customer? You have until the end of today to submit your claim in order to be considered for a share of a $14 million class action settlement.

In an email to CNET, AT&T refuted the accusations, stating that it “clearly and prominently” discloses all costs and that the settlement was only reached “to prevent lengthy and expensive litigation.”

Plaintiffs in the case claimed AT&T neglected to disclose to postpaid cellphone customers that a $1.99 administration fee was being charged each month. According to them, AT&T increased its base rate by charging the fee “without having to announce the higher costs.” (Postpaid clients are invoiced depending on their usage after the fact, unlike prepaid subscribers.)

What you need to know about the AT&T hidden fee case is provided here, along with information on who qualifies for a payment, the filing date, and the potential payout amount.

Since then, the cost has consistently increased—it more than doubled in 2018 to $1.99 a month—despite the fact that, according to AT&T financial documents, the company’s administrative expenditures have reportedly been declining.

Plaintiffs Ian Vianu, Elizabeth Blum, and Dominic Gutierrez claim in their lawsuit, filed in the US District Court for the Northern District of California, that a monthly administrative fee added to each wireless line in May 2013 was actually a way for AT&T to raise its basic rate “without having to advertise the higher prices.”

The complaint claims that the fee’s disclosure is purposefully concealed in bill statements “to [make] it probable customers will not see it.”

The lawsuit claims that it is also worded to imply that it is comparable to a tax or regulatory fee “while in reality it is just a ploy for AT&T to advertise and promise cheaper rates than it actually costs.”

The plaintiffs claim AT&T has “unfairly and unlawfully taken hundreds of millions of dollars in ill-gotten earnings from California consumers” and refer to the process as a “bait-and-switch scam.” The carrier is charged in its case with breaking a number of California laws pertaining to unfair, illegal, and deceptive business activities, as well as “the implied covenant of good faith and fair dealing.”

All postpaid customers were charged the fees, but in this case, only California residents are qualified for reimbursement. This is so that residents are shielded against “false advertising, fraud, and other unfair commercial practises” by the California Consumers Legal Remedies Act. Customers of AT&T who purchased postpaid wireless service in California between June 20, 2015, and June 16, 2022 and were charged administrative fees may submit a claim for a one-time cash payout.

Although AT&T is the third-largest mobile carrier in the US with more than 80 million postpaid customers nationwide, it is unclear how many subscribers it has in California. Each class member who submits a valid claim will be awarded an equal share of the $14 million settlement, which is presently valued at $20. Depending on the number of claims and the cost of the attorneys, the total amount could wind up being more or lower.

Former consumers would receive a check in the mail, while current AT&T subscribers would have their reimbursement automatically credited to their accounts. The payments won’t cover the whole amount owed: The Verge revealed that between 2013 and 2015, the typical customer paid $180 in administrative costs, based on AT&T figures.

Ishaq Dar, the finance minister of Pakistan, has come under fire for suggesting that Allah is to blame for the nation’s wealth

Ishaq Dar, the finance minister of Pakistan, has come under fire for suggesting that Allah is to blame for the nation’s wealth