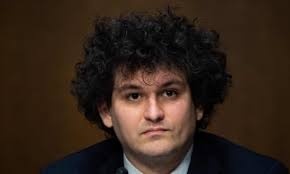 On November 11th, 2022, FTX filed bankruptcy. The company was immediately hailed as the Goldman Sachs of the cryptocurrency industry, and Sam Bankman-Fried, its CEO, was regarded by some as the next Warren Buffett. He is currently detained in the Bahamas awaiting extradition to the US, despite having earlier stated in an interview that he wouldn’t be arrested. In what US prosecutors are calling “one of the biggest financial frauds in American history,” he is accused of a long list of fraud and campaign finance law violations.

Blockchain-based technologies were designed to make finance an autonomous, frictionless environment where corruptible institutions and fallible humans could be transformed by the infallible logic of code. By requiring everyone to adhere to the same programmed rules, cryptocurrencies would finally provide the little man with a chance. Instead, new technologies appear to have amplified the same old problems, enabling a Bahamas-based “polycule” to conduct global fraud on the order of billions of “dollars” and invest millions in political campaigns in just three years.

Casual investors, including donors like the Ontario Teachers’ Pension Plan and BlackRock, who put thousands of dollars into FTX, are really unsure of what happened to their money and whether they will ever be able to recover it. This looks to be the issue that, among a long list of scandals and failures, has most seriously damaged confidence in and support for the cryptocurrency industry. This is far from over, and if you want to keep up with it, researcher Molly White has created a fantastic chart where you can see how the infection spreads.

To make this work, new “trustless” programmes were supposed to replace established interpersonal bonds and institutional standing. The Binance Academy Dictionary states that blockchain-based networks will replace conventional banks controlled by people, “maintaining network security by providing economic incentives for honest behaviour.” These incentives could be directly coded into decentralised autonomous organisations (DAOs) in this new world of decentralised finance, or DeFi for short. In this world, the purchase and sale of proprietary tokens, or items of cryptocurrency, would frequently trigger contracts and other actions based on pre-written rules.

That didn’t happen, though. “Never in my career have I seen such a catastrophic collapse of corporate controls and such a complete absence of trustworthy financial information as occurred here,” declared John Ray III, the newly appointed chief executive after FTX entered receivership. The situation, according to Ray, who performed the same job following the Enron crisis more than 20 years ago, was “unprecedented,” and he put the entire blame on Bankman-Fried and his “very tiny group of inexperienced, naïve, and potentially corrupted individuals.”

Take PleasrDAO, for instance, which was set up to buy and promote non-fungible tokens (NFTs). By purchasing “The People’s Coin,” members of the DAO combine their funds and use the trading of these funds to make decisions. For example, if Pussy Riot’s “Virgin Mary, Please Become a Feminist” NFT was proposed for purchase in the community, users might trade money based on hard-coded rules that signalled their desire to buy it and where to display it. All decisions and votes are recorded on the DAO’s blockchain, and no one person has the final say. Advocates claim that traditional human hierarchies may be flattened into an unlimited horizon of goal-mediated exchange.

A true believer in cryptocurrency would assert, like any radical, that FTX is what happens when the ground-breaking DeFi scheme isn’t fully implemented. But once again, the crypto brothers are brought down by their own unreliable petard. The truth is that the 21st-century cryptocurrency market, whether automated or not, must adhere to the same capitalist market physics that characterised 20th-century power markets or 19th-century London banks: ruthless competition reduces the number of participants in a market to a small number, and then, as Marx observed in 1847, “everyone is seized with a sort of craze for making profit without producing.”

The fact that the majority of buying and selling took place on just a few exchanges, including FTX and Binance, should therefore not come as a surprise. As the New York Times put it, the cryptocurrency trade quickly “started assuming some of the same characteristics as the Wall Street institutions that it was designed to replace.” Sure, you could design a small piece of code that states that the organisation should split into several rival ones at some undefined point in the future, preventing centralization, but all it takes is one player to decide to ignore these rules and control the market.

Well, a government is the only thing standing in the way of that happening. like a government body No matter how internally well-regulated DAOs are (which they are not currently), I have yet to see an explanation for how they can automate away this bad-actor weakness that every student in Econ 101 understands. Everyone in the UK should be alarmed by Rishi Sunak’s statement from last June, when he was still chancellor, that the country needs to become “the jurisdiction of choice for crypto and blockchain technologies.” Since becoming prime minister, he has been much more quiet about his aspirations since the value of all cryptocurrencies has fallen by the equivalent of more than £400 billion since that statement. In reality, Parliament is considering giving the Financial Conduct Authority authority to treat cryptocurrencies like the majority of other financial assets, which includes preventing deceptive advertising, money laundering, and managerial errors.

In fact, the path to the aforementioned decentralised finance goals—accessible markets, safeguards against fraud, and defences against theft—is paved with much older goals that were accomplished through the use of progressive taxation structures, organised labour, antitrust laws, and other types of regulation. Unfortunately, this combination of tools won’t make you rich if you want to become one of the billionaire celebrity crypto influencers. That’s the path the decentralised finance crowd would follow if they were serious. However, they failed to succeed because the populism of cryptocurrency was never more than just marketing.