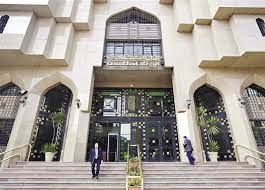 According to sources, the government intends to lower the financial preparations for pensions in light of the current state of the world economy, but the Cabinet Media Center has refuted these claims as unfounded.

According to the centre, the authority stated that it was committed to upholding all of its fees and insurance rights for retirees and had no plans to cut them.

The National Authority for Social Insurance (NASI), which the centre said it contacted, categorically disputed such accusations, saying they are unfounded and devoid of any veracity, according to a statement released on Monday.

According to the centre, the Finance Ministry adheres to paying its obligations on time. The ministry paid the NASI around EGP 160.5 billion in the FY 2019/2020.

The centre, on the other hand, asked all media sources to seek neutrality and accuracy before releasing news, and advised them to get in touch with the relevant organisations to prevent causing misunderstanding among the general public.