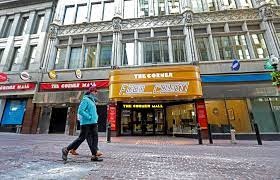 The Massachusetts state government should be added to the list of employers who are currently reevaluating and reducing their office space in Boston.

According to The Globe, the executive branch leased roughly 900,000 square feet of office space for its close to 10,000 staff members downtown as of the spring of 2021.

The Boston Globe reports that the administration of Governor Charlie Baker has begun moving out of downtown offices as the state promotes hybrid and remote work arrangements for staff members.

According to the publication, there are currently plans to vacate about 355,000 square feet by 2024, with another 96,000 square feet still up for debate but likely to follow suit.

Officials in the Baker administration claim that the change is part of a broader redesign of state offices, especially in light of the smooth transition to remote work of nearly half of the executive branch during the early stages of the COVID-19 epidemic.

Additionally, those figures do not account for an additional 210,000 square feet in the Hurley building, a state-owned building on Cambridge Street that was closed off for renovation.

Incoming governor Maura Healey “may have other views,” speculates business journalist Jon Chesto for the Boston Globe. However, the Baker administration believes that by expanding work-from-home choices, it will be possible to reduce rent expenses by tens of millions of dollars over the next few years, as well as draw in talent in a competitive labour market.

Boston’s downtown hasn’t yet recovered its pre-pandemic vibrancy, though.

According to the Downtown Boston Business Improvement District’s foot traffic figures, the city’s central business district is expected to receive 32 million daily visits this year, which is nearly half the 60 million observed in 2019. With downtown Boston in need of assistance, “the retrenchment poses a serious debate about how much of a role state government should play in anchoring a major commercial centre,” argues Chesto.