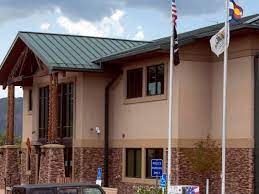 The general consensus among Monument residents was support for the action, although some questioned utilising town dollars for it. As a result, the town of Monument will look into any potential misuse of taxpayer money used to support the home-rule ballot question in the general election on November 8.

The town of Monument gave a $2,500 in-kind payment to the local Citizens for Home Rule Charter issue committee, and the council decided to retain an independent counsel to look into whether this was a violation of the Colorado Fair Campaign Practices Act.

During a special council meeting on Tuesday night, Councilwoman Darcy Schoening said, “When taxpayer funds are used, we do owe the public some explanation.” There was a betrayal of public confidence in this case.

According to campaign finance reports submitted to the municipality after the election, the group used the funds to print “Vote Yes” posters and door hangers in support of a ballot issue asking voters to approve the town’s home rule charter.

According to official statistics from the Colorado Secretary of State’s Office, voters ultimately adopted the charter by a margin of 67.5% to 32.4%.

A resolution to appoint special counsel Grant Van Der Jagt for the probe will be discussed at a special meeting of the council scheduled for Friday night.

The meeting starts at 5 p.m. in the Monument Town Hall, located at 645 Beacon Lite Road. There is a remote participation option. At monumenttownco.documents-on-demand.com, agendas and packets for meetings are accessible online.

When contacted by phone on Thursday, Citizens for Home Rule’s registered agent Laura Kronick called the alleged infraction “an regrettable error.” She explained, “This was an honest error committed by folks who had never done this before.”

Within days of the committee being alerted of the potential infraction, the $2,500 was returned to the town, according to Kronick. Financial records submitted on Monday show that Brandy Turner, a member of the Home Rule Charter Commission, paid for the door hangers and placards and that the printer returned the $2,500 to the town.

According to Kronick, the Home Rule Charter Commission members were also informed that they might use town monies assigned to them for printing services. The Town Manager, Mike Foreman, notified the committee that Monument would contribute $60,000 for legal fees, printing, and other costs, according to the minutes of the Home Rule Charter Commission’s meeting on December 9, 2021.

An informational voicemail left for Foreman on Thursday did not receive an instant response. The “Vote Yes” words on the printed campaign materials produced by the committee appear to be the problem.