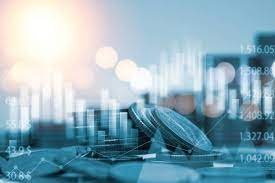 Without financial incentives like a worldwide carbon tax, major regulator in charge of setting policy in the field has cautioned that efforts to persuade banks to combat climate change will fail.

He added that those “price signals” would “ideally [be] a worldwide carbon tax,” adding that “as long as you do not supply the essential price signals, which then translate into profits or profit expectations, there is a limit to what one can expect.”

In a farewell interview with the Financial Times, Dietrich Domanski, who oversaw efforts to bring environmental concerns to the forefront in banking as the Financial Stability Board secretary-general, said: “In the end, we are talking about profit-oriented institutions.”

Domanski’s open comments follow a trying year for banks and their regulators due to measures relating to the environment. Numerous US bankers threatened to leave Gfanz, the environmental alliance founded by Mark Carney, expressing worries about the potential legal repercussions.

Domanski also criticised managers for using stress test exercises to monitor climate risk. In comparison to investing time on “deep and very expensive planning” exercises into the cost of climate change, he claimed, a “market-based approach” was likely to be more successful.

Top international banks only slightly reduced their support for fossil fuels in 2021, according to data from the reputable Rainforest Action Network.

The BoE conducted stress tests that projected up to £225 billion in losses from climate change among the major UK banks, while the ECB evaluated the exposure of its banks and cautioned that they had “seriously” underestimated climate risks.

The FSB’s outgoing secretary-general noted that one of the subjects that predominated this year’s meetings of finance ministers, regulators, and central bankers in Basel was climate change. The FSB is tasked with analysing global threats to financial stability and developing policies to minimise them. Cryptocurrency, rising interest rates, and the rapid expansion of non-bank financial institutions were some of the others.

In the wake of the Great Financial Crisis, when policymakers united to achieve a historic package of banking reforms that forced a fundamental shift in how banks assessed and managed for risks, global cooperation on financial services regulation reached its height. The last component of the post-crisis package, Basel 3.1 (commonly referred to as Basel 4 by regulators), was scheduled to take effect in January 2023. However, its implementation has been put off for two years in important markets including the UK and the EU.

The EU has suggested so many changes to the original agreement that the bloc may be declared “materially non-compliant,” according to warnings from its own regulators. Domanski responded that if a large jurisdiction deviated from the global framework, “my view is that it does raise problems” in regards to the coherence of post-crisis global governance. The amount of the deviations and how “significant” the variations were, he continued, would determine the impact.

“There was a clear and very strong sense of the necessity to act [decisively] at a global level after a global catastrophe in 2008, in the face of this massive unprecedented shock,” Domanski said. “That kind of momentum becomes weaker as the memory of that disaster fades.” The regulators, he added, were “mindful of the vulnerabilities that are out there and that may crystallise as a result of the very hard situation,” and there was “absolutely no complacency,” he added.

The main climate change road map from the FSB, which was released in the middle of last year, instructed regulators to look for improved climate-related data coming from the financial sector, analyse how vulnerable financial institutions are to climate change, and keep an eye on those risks. More drastic sanctions have been proposed by certain national and regional regulators, most notably the EU. These include developing “brown penalising factors” to punish projects that pull in a contrary direction or “green supporting factors” to grant favourable regulatory treatment for the financing of ecologically friendly initiatives.