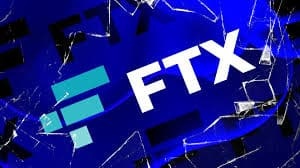 According to a court document, a U.S. Trustee objected on Saturday to plans by bankrupt cryptocurrency exchange FTX to sell its digital currency futures and clearinghouse LedgerX, as well as units in Japan and Europe.

U.S. Trustee Andrew Vara requested an independent investigation before the sale of the units in his filing, claiming that the corporations might know something about FTX’s bankruptcy.

LedgerX, Embed, FTX Japan, and FTX Europe businesses will be sold, according to FTX, which said last month that it had filed for bankruptcy protection in November. Sam Bankman-Fried, the creator of FTX, entered a not-guilty plea on Tuesday in response to charges that he defrauded investors and caused billions of dollars in damages in what the prosecution has dubbed a “epic” scheme.

The filing stated that until there has been a thorough and independent investigation into all persons and entities that may have been involved in any malfeasance, negligence, or other actionable conduct, the sale of potentially valuable causes of action against the Debtors’ directors, officers, and employees, or any other person or entity, should not be permitted.

In a court document made last month, FTX claimed that the businesses it intended to sell are mostly independent of the larger FTX group and that they each have distinct management teams and segregated customer accounts.