Truckers Once More Urged To Report To Work By Finance Minister 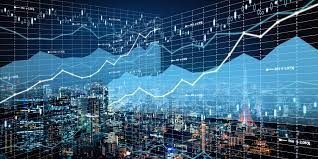 Finance Minister Choo Kyung-ho renewed his demand for local truckers to return to work on Thursday, emphasising that their strike is inflicting great damage to the country’s economy, which is already suffering from uncertainty.

“If (the truckers) maintain their unjustified group action, we will not be able to overcome the economic crisis, and Korean companies would have no future,” Choo warned during a meeting with leaders from small and medium-sized businesses.

The remark came after Korea issued a return-to-work order for cement truckers earlier on Tuesday. Thousands of truckers have been on strike since last week, demanding that the government provide a “wage for safe operation.”

“In November, exports fell by a greater margin due to global monetary tightening and deterioration of other external conditions,” Choo said, noting that the strike will add to the economy’s woes.

According to the law, the land minister has the authority to issue an injunction against striking truckers if their actions endanger the national economy.

On Wednesday, the government and the truckers’ union held their second round of talks. However, the discussions lasted barely 40 minutes when they stormed out of the conference without reaching an agreement.’

Anyone who disobeys the order faces up to three years in prison or a fine of up to 30 million won ($22,500). Since the relevant law was enacted in 2004, Korea had no record of issuing such an order.