- Advertisment -
HomeNewsUAE: After a deal with the UAE space agency, a Chennai-based startup...
NewsSpace News

UAE: After a deal with the UAE space agency, a Chennai-based startup has big goals 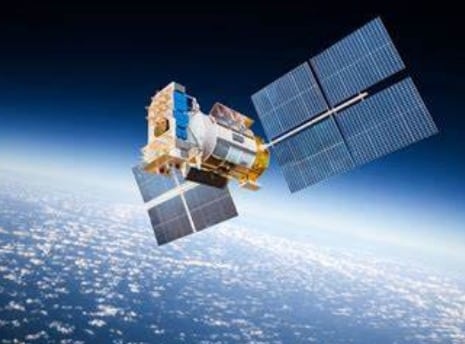 By S Vijay Karthik Chennai, December 26 (PTI) Aerospace and defense startup ST Advanced Composites, which supplies the structural components needed to manufacture satellites for a space agency headquarters in the United Arab Emirates, aims to tap the market potential in the sector, a senior official said. Director Devendran Thirunavukasu said the city-based company received an order from the space agency in 2020 to supply parts for making satellites to study soil and perform water analysis on Earth. Moon. “The UAE-based space agency offered us a contract in December 2020 and the contract was successfully signed in 4 to 5 months. Then there was a regular meeting and they also placed a second order, related to satellite production.

We started work in April 2022 and it was successfully launched on December 11 through SpaceX launch,” he told PTI in an interaction. Scientists begin to communicate with the system when the goal is achieved. “They will be able to do soil tests and water analysis (on the Moon) there,” he said. Construction, he said the company provided structural components during the production of the payload, the satellite shell of the rocket. “The goal is for it to be light, because weight plays a major role in the space sector. If we take metal, the density will be higher, but with carbon fiber we can reduce it by up to 60 percent,” he stated.

Thirunavukasu, from a farming family, was an aeronautical engineer, then went on to graduate school in France. He said the company uses carbon fiber as the base raw material to create products that allow them to significantly reduce the weight of the satellites that make up most of the rocket’s weight. space agency, they love it. What we offer them is very light… Basically, we are a lightweight manufacturer and solution provider for aerospace and defense,” he added. When asked, he said the company is involved in many government projects with Muscat, Oman, UK and Israel.

“Our goal is to export more under the Center’s Make in India campaign and become a pioneer in the aerospace and defense sectors,” he said. Regarding the prospects, he said the company is currently in discussions to set up a manufacturing plant at Vallam Vadagal in the neighboring district of Sriperumbudur. “We have identified a one-acre site with TIDCO (Tamil Nadu Industrial Development Corporation) and discussions are underway. We plan to move to Chennai Aerospace Park in January or February,” he announced.

In response to a question, he stated that the company had been founded in 2014 with less than Rs 1 lakh in capital and was currently in talks to supply parts with various national government organizations. “We are unable to divulge project specifics at this time. We already provide services to the Defence Research and Development Organization (DRDO) and the Indian Space Research Organization “said he. After establishing a base in Chennai, the company intends to open offices there as well as in Bengaluru and New Delhi. “We number around 20 right now. 20 more employees will be added when the manufacturing facility is established in Vallam Vadagal, according to our plans “said he.