UK grocery sales for Christmas set record due to inflation 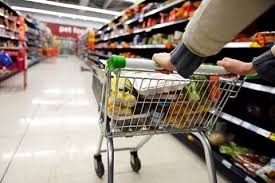 In the four weeks leading up to Dec. 25, British grocery sales jumped by 9.4% to a record 12.8 billion pounds ($15.3 billion), although growth was primarily attributed to price inflation rather than higher consumer spending, according to market researcher Kantar. It claimed that volumetric sales, or how much people bought, declined 1% from year to year, illustrating the difficulties that consumers are encountering during a crisis in the cost of living.

Online grocery sales increased by 4%, but their market share decreased by 0.6 percentage points to 11.6%. Tesco, the market leader, Sainsbury’s, and Asda all put up strong performances, with value-based sales increasing by 6.0%, 6.2%, and 6.4%, respectively, during the course of the 12 weeks ending on December 25. However, German-owned discounters Aldi UK and Lidl GB, which have growth rates of 27.0% and 23.9%, respectively, have continued to be the fastest-growing chains. The two laggards, Morrisons and Waitrose, saw sales decline by 2.9% and 0.7%, respectively. Aldi itself announced a 26% increase in December sales on Tuesday. Next week, Tesco and Sainsbury’s are expected to provide an update on holiday sales.

“This tale spanned several traditional Christmas genres. For instance, the value of sales of mince pies grew by 19% while the amount of transactions hardly increased “Fraser McKevitt, head of retail and consumer insight at Kantar, stated. According to Kantar, supermarket price inflation decreased to 14.4% in December from 14.6% in November, with markets like milk, dog food, and frozen potato goods seeing the biggest price increases. “Grocery price inflation has decreased for the second consecutive month, giving hope that the worst is over, “added McKevitt. He observed that sales of supermarket own-label goods were up 13.3%, well outpacing a 4.7% gain in branded lines, as shoppers continued to choose these products over more expensive brands. According to Kantar, trips to supermarkets rose 5.2% from the previous year.

Consumers may see a greater squeeze in 2023 as a result of increased taxes, higher mortgage rates, and reduced government help for home energy bills. Overall UK inflation is now running at 10.7%.