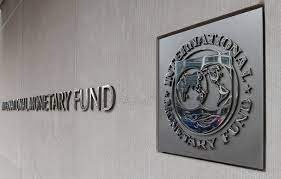 The International Monetary Fund may become tense over one of its major borrowers due to a clause in the newly approved defence funding package that requires the United States to try to reduce Ukraine’s debt burden.

The U.S. is tasked with, among other things, getting the IMF to review and possibly scrap its surcharge policy on loans to Ukraine. Surcharges are extra fees tacked onto loans imposed on nations with high IMF debt.

The National Defense Authorization Act requires American representatives to use “the voice, vote, and influence” of the United States to try to put together a voting bloc of nations that would change each institution’s debt service relief policy regarding Ukraine. This includes the IMF, where the United States is the largest stakeholder.

The U.S. has given tens of billions to Ukraine for military and humanitarian help since the Russian invasion started in February, which may explain its interest in modifying the strategy. Most recently, as part of a $1.7 trillion government spending agreement, Ukraine would get $44.9 billion in aid from the United States.

Peter Garber, an economist who most recently worked at the global markets research division of Deutsche Bank, remarked in an email, “I can see why the Senate might wish to soften the fee for Ukraine. The US would not want to send monies just to have them go straight to the coffers of the IMF as the main financier of economic aid for Ukraine.

In a February article about surcharges, economists Joseph Stiglitz from Columbia University and Kevin P. Gallagher from Boston University claimed that “forcing excessive repayments lowers the productive potential of the borrowing country, but also harms creditors” and necessitates borrowers “paying more at exactly the moment when they are most squeezed from market access in any other form.”

According to other economists, the fees encourage members with significant loan balances to make timely repayments.

According to the World Bank, the struggling Ukrainian economy is predicted to contract by 35% even with aid, and by 2023, the nation will owe the IMF almost $360 million in surcharge costs alone. It might be difficult to get the 24 IMF directors, who are chosen by member nations or groups of nations, to stop the fees.

The directors opted to keep the fee policy just before Christmas. While most directors “were receptive to investigating alternative options for giving temporary surcharge relief,” others “noted that the average cost of borrowing from the Fund remains significantly below market rates,” according to a statement released on December 20. In a report released in December by the Paris- and London-based Centre for Economic Policy Research titled “Rebuilding Ukraine: Principles and Policies,” prominent economists researching the effects of the war noted that “some significant voting members may have interests that are not aligned with having Ukraine succeed economically.”

As the battle continues, it might be more difficult to provide Ukraine with steady funding. There are growing worries about a worldwide recession as well as issues with European allies’ ability to fulfil their finance commitments. Additionally, the GOP is expected to assume control of the House this coming week, with Rep. Kevin McCarthy, the leading Republican, declaring that his party will not issue a “blank check” for Ukraine. The surcharge issue, according to Mark Weisbrot, co-director of the liberal Center for Economic and Policy Research in Washington, affects other debt-ridden nations in addition to Ukraine. Among them are Argentina, Ecuador, and Egypt, who together are responsible for billions in surcharges and are affected by flooding and humanitarian disasters.

Weisbrot said that it is illogical for the IMF to impose surcharges on nations already experiencing financial difficulties, which is what ultimately occurs because the levies are designed to do. According to him, as Ukraine’s debt increases and the war drags on, the situation will get more urgent.

The IMF undermines its primary function as lender of last resort, according to economist and director of Columbia University’s Center for Sustainable Development Jeffrey Sachs, who stated that “these levies should definitely be repealed.”