- Advertisment -
HomeNewsBusinessUS supplier of fuel advises companies to brace themselves for shortages and rising...
NewsBusiness 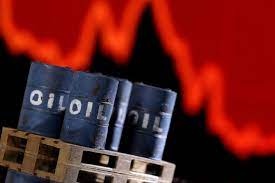 Mansfield Energy, a fuel provider, is taking precautions in case there is a diesel shortage on the East Coast of the United States and has advised companies who depend on the fuel to prepare rather than panic.

The anticipated diesel fuel crisis in the Southeast of the United States was highlighted last week by Mansfield Energy, which speculated that it may be caused by “poor pipeline shipping economies” and a record low supply of reserves.

The corporation stated in a news release on Monday that “a constrained diesel supply will drive prices to go up, which will eventually make it prohibitively expensive for some consumers.” High pricing will reduce demand to the point where it balances with the available supply.

The business added: “That is not to say there won’t be instances where there is an actual physical lack of things. “Some cities might see a few days of terminal-level diesel shortage. The gasoline supply system, however, is dynamic, and suppliers will band together to close any supply gaps.”

Mansfield cautioned that while consumers may experience pain at the pump due to the state of the American economy, supplies will still be available for companies that depend on diesel for their operations.

Mansfield warned bulk fuel purchasers not to panic and order fuel while they are unsure of whether it will fit in the tanks or not in advance of the scarcity. According to the firm, fuel should be accessible through regular ways in “most places.”

If the fuel source runs out of fuel, a company without a substantial on-site storage tank that relies on off-site filling could find its fleet rendered inoperable.

Mansfield suggested that businesses consider installing a small tank for emergency gasoline or consider providing emergency fleet cards that provide access to fuel in a trackable manner. Retail customers shouldn’t anticipate seeing many gas stations with bags covering the pumps, according to the corporation. “Although it may happen on rare occasions (and you’ll be sure to hear about it in the news when it does), retail stations typically find supply and continue to operate. Consumers will just be hit with higher pricing.”