With the bailout deadlocked, Pakistan’s finance minister will meet with the IMF in Geneva 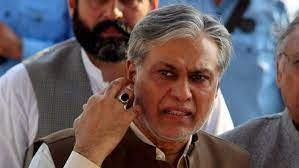 As Pakistan tries to restart its bailout programme, a delegation from the International Monetary Fund (IMF) will meet with the finance minister of Pakistan on the margins of a meeting in Geneva that starts on January 9.

A representative for the IMF told Reuters that the group would meet with Finance Minister (Ishaq) Dar outside of the Geneva conference to talk about unresolved concerns and the way forward.

Pakistan only has enough foreign exchange reserves to handle one month’s worth of imports because the lender has yet to sanction the transfer of the $1.1 billion that was originally scheduled to be distributed in November of last year.

Shehbaz Sharif, the prime minister, and Antonio Guterres, the secretary general of the UN, will co-host a summit in Geneva to try and rally support for the nation in the wake of last year’s disastrous floods.

In negotiations to pass the ninth review, which will release $1.1 billion in IMF funds and open additional international investment as well, a plan outlining a schedule and the financing of the reconstruction effort has been a sticking point.

At least 1,700 people were killed by the floods, which also destroyed vital infrastructure worth billions of dollars.

Dar recently criticised the IMF, claiming that the institution was behaving “abnormally” in its interactions with Pakistan, which enrolled in the $7 billion bailout programme in 2019.

The IMF spokeswoman added that Kristalina Georgieva, the organization’s managing director, had a “productive call” with Sharif regarding the Geneva summit and backed Pakistan’s reconstruction efforts.