Within next 18 months, robots will start frosting and filling doughnuts 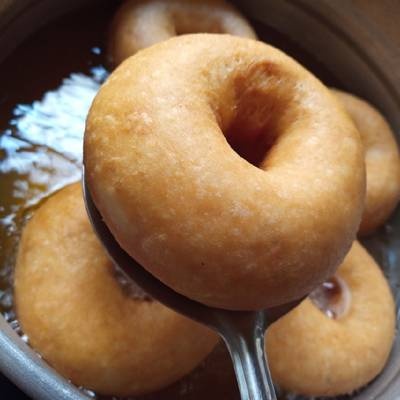 Through automation, Krispy Kreme (DNUT) hopes to speed up the process of making doughnuts.

During its Investor Day, the Winston-Salem, North Carolina-based business also revealed its long-term goal of reaching $2.15 billion in sales by the end of the current fiscal year.

According to Krispy Kreme CEO Mike Tattersfield, “probably within the next 18 months, you’ll see some automation starting to go into the icing, the filling, the sprinkles, and even the packaging” (video above).

The installation of robots is a part of an initiative to extend points of access for deliver-fresh-daily (DFD) to grocery shops, convenience stores, quick-serve restaurants, and other venues in order to take full advantage of the fresh hub and spoke model possibility in the United States. With this system, customers can purchase locally made, full-sized doughnuts without visiting a Krispy Kreme shop.

Tattersfield emphasised the significant task it requires to get so many fresh doughnuts to the various places, saying, “We’ve got some pretty substantial factory stores…we do 12,000 points of access today, which get fresh doughnuts globally.” “Since it is moving to the supermarkets, you should start investigating its automation potential. The convenience stores are where it is headed.”

Automated lines, which would create 18% of Krispy Kreme doughnuts over the following 18 months, are anticipated to save $2 million annually on a $6 million investment.

The doughnut company currently spends more than $100 million on labour for doughnut production in the U.S., of which “$60 million is related to post-production labour that includes inline icing, inline filling, and traying/boxing functions that can be automated,” according to J.P. Morgan Analyst John Ivankoe, who has an Overweight rating on Krispy Kreme stock and lowered its price target to $13.00 from $15.00 last week.

Tattersfield emphasised that despite these automation ambitions, Krispy Kreme employees, also referred to as Krispy Kremers and Insomniacs (staff behind its Insomnia cookies business), are still at the centre of the company with the aim to eliminate tiresome duties. I usually find that when organisations do a great job, they’re balanced in how they strive to accomplish it and you try to get the repetitive chore out of the business, so we still are going to continue to promote the experience side with our Krispy Kremers and Insomniacs, he said.

A person’s capacity for professional development also distinguishes them in a market where it is difficult to attract and keep talent, according to Tattersfield. It’s truly about the chance for advancement, he said. “Growth across the country becomes a really enticing prospect when you’re in a company of our scale that even today, it’s still only 400+ generating doughnut shops with a lengthy trajectory of growth. It’s wonderful to see our doughnut store owners are now owners.”