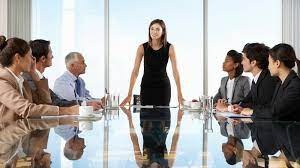 Women hold little over 40% of board seats in Europe’s financial services firms, despite representing half of the appointments made at that level in 2022, showing that these firms are making very modest progress in promoting gender diversity.

“While having half of board seats filled by women last year is a noteworthy milestone… quotas by themselves do not address some of the very human issues faced by professional women,” said Nicole Wiley, chief operating and chief development officer at 100 Women In Finance, an organisation that promotes gender diversity in finance.

The information comes from a report published by EY and highlights the difficult path firms must travel in order to increase female participation, which advocates said was only one step toward creating a more fair financial sector.

As of January, women held 42% of the board seats in financial services companies, up from 37% in June, when the same research was initially conducted. In 2022, the average across the FTSE 100 was close to 40%, according to earlier study by EY and Cranfield School of Management.

The 30% Club investor group, which is working to increase the number of women in board positions, is co-chaired by Diandra Soobiah. She said: “Low female representation across leading financial organisations is concerning, and the lack of progress in improving the situation is enormously frustrating.

Different industries performed differently, with banks and insurers seeing a gain in business while wealth and asset managers seeing a slight decline.

“New rules and recruitment methods are appreciated, but more work must be done to resolve historical problems that have long prevented the business from moving forward on diversity.”

With 50% of board positions being filled by female candidates, an 8 percentage point increase year over year, gender diversity in boardroom appointments has increased more dramatically.

According to Omar Ali, managing partner for financial services in Europe, the Middle East, India, and Africa at a pioneering financial services organisation. According to Wiley of 100 Women in Finance, initiatives to recruit talent from outside of a company’s present applicant pool are required in order to improve the proportion of women in senior leadership positions.

Only five out of the 43 European banks with which DBRS Morningstar conducted research have female chief executives in 2021. While many financial services firms have established their own diversity goals in recent years, authorities in the UK and across Europe are putting more pressure on publicly traded enterprises.

Since last April, listed businesses have been required by the UK’s Financial Conduct Authority to provide information about how they are doing in relation to goals that include having a 40% female presence on their boards. Large public firms across the EU will be required to ensure that women make up 33% of all board members and 40% of non-executive boards by July 2026. A board may be dissolved if the qualifications are not met. Such regulations are already in place in a few EU members, such as Germany, Italy, and Spain.

Campaigners are also pushing for a stronger emphasis on racial diversity and other types of diversity. According to a report by the FCA that was made public in December, businesses were unable to set clear goals for underrepresented minorities due to a lack of data.