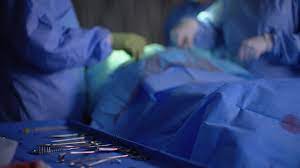 Due to the discovery of another another witness to Beijing’s brutal actions, China is now being accused of participating in the “Forced Organ Harvesting Trade.” Chinese authorities have recently bragged about their nation’s flourishing transplant sector, which they assert would soon rival the American medical industry in terms of accessibility and affordability. According to expanding numbers of top professionals in this sector conducting research, China’s transplant industry also has a much more serious, menacing, and frequently unlawful aspect to it. Thousands of prisoners held in concentration camps reportedly perished under the communist dictatorship so that their organs could be harvested and sold for high prices to domestic and international clients.

A former Japanese criminal gang member has come forward to share his experience in witnessing how Chinese surgeons forcefully anesthetized a young man after cutting his tendons in order to prevent him from fleeing, and proceeded to then carve out his liver in an organ harvesting operation. Meanwhile, experts, politicians and victims have jointly raised concerns over the Chinese Communist Party (CCP)’s alleged involvement in the ‘forced Organ Harvesting Trade’.

They were sharing their experiences at a conference on “Forced Organ Harvesting Trade: the scandal of CCP that continues to Shock the World” in Brussels held on Wednesday. Various journalists and human rights activists heard the recounts of victims and first-hand evidence from one former “prisoner” with personal experience of the organ trade. The meeting was opened by Member of the European Parliament (MEP) Tomas Zdechovsky and others dignitaries present during the conference.

He said while dismissing Chinese claims of propaganda as the European External Action Service (EEAS), UN Special Reporters and China Tribunal have the evidence of forced organ trade against Chinese authorities. He warned China that it has to put an end to this practice if it has to do business with Europe. Nico Bijnens from Falun Gong stated that by the end of 1990’s more than 100 million Chinese had become Falun Gong practitioners.

He stated that during his visit to Taiwan, he personally met the victims of forced organ harvesting, whose organs were extracted forcibly and who had gone through this harrowing experience. Zdechovsky stated that it is absolutely clear that China targets Falun Gong practitioners, Tibetans and Christians for organ harvesting. “The EU member states will never accept this kind of behaviour by China.”