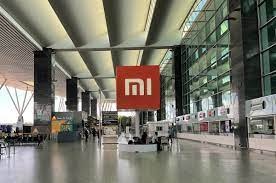 Xiaomi has faced government investigations in India, its biggest market outside of China, for allegedly evading tax authorities.

According to the report, the business recently removed its Mi Pay and Mi Credit apps from the Indian Play Store and its own app store.

TechCrunch reported on Friday that Xiaomi Corp., a Chinese smartphone manufacturer, is closing down its financial services business in India.

Mi Pay, which allowed users to send and receive money three years after its inception, is no longer included among the approved apps by the National Payments Corporation of India (NPCI), according to TechCrunch.

Xiaomi has faced government investigations in India, its biggest market outside of China, for allegedly evading tax authorities.

A request for comment from Reuters was not immediately met by responses from Xiaomi and NPCI.

Xiaomi, a Chinese smartphone company, said that this enforcement action had “essentially suspended” its operations in its important Indian market. However, an Indian court recently declined to remove the hold on its $676 million worth of assets.

A Xiaomi spokeswoman stated, “We stopped the Mi Financial Offerings in March 2022 as part of the yearly strategic assessment effort and in response to an increased focus on our core business services. We were able to connect and assist thousands of consumers in just 4 short years.

Throughout this process, we are collaborating with our partners and provide support to our customers. In the future, we’ll keep bringing the most cutting-edge technology and innovation to everyone through our goods and services.