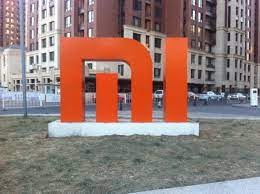 Less than three years after its debut, Xiaomi Corp., a Chinese smartphone manufacturer, has closed its financial services division in India. Just recently, the Mi Pay and Mi Credit apps were removed from both the national business app store as well as the regional Play Store. Mi Pay has also been taken off the National Payments Corporation of India’s list of authorised UPI apps, which allows users to conduct transactions on the nation’s UPI payments network.

The abrupt closing of the financial services segment is a setback for Xiaomi India, which dominates the local smartphone market and aggressively expanded its product lineup to boost earnings because the hardware division of the company has extremely slim profit margins.

Mi Pay has also been taken off the National Payments Corporation of India’s list of authorised UPI apps, which allows users to conduct transactions on the nation’s UPI payments network.

“We closed the Mi Financial Services in March 2022 as part of the yearly strategy assessment effort and in response to improved focus on our core business services,” the firm spokeswoman told Reuters.

India, Xiaomi’s biggest market outside of China, is under investigation for allegedly evading tax authorities.

In March 2019, Xiaomi Mi Pay made its debut in India. At the time, company leaders estimated that the app had over 20 million registered users in the nation.

The federal financial crime bureau of India seized Xiaomi’s assets worth $676 million in April on the grounds that the company had allegedly transported money unlawfully abroad while disguising the transfers as royalties.

The Chinese smartphone company asserts that the action “basically frozen” operations in its crucial Indian market, while it denies any wrongdoing.

Following a border conflict in 2020, many Chinese firms have found it challenging to conduct business in India due to political concerns. India has already restricted Chinese businesses from investing in India and prohibited over 300 Chinese apps, including well-known ones like TikTok, citing security concerns.